Anodes | Replacement anodes and sacrificial anodes for the Elysator

The AEET Energy Group GmbH provides you with high-quality anodes | replacement anodes and sacrificial anodes branded Elysator. These tailor-made products can be used as a sacrificial anode for the corrosion protection devices of the type "Elysator". For example, the AEET Energy Group GmbH offers a high anode replacement set by Elysator. This product is characterized among other things by its first-class magnesium alloy, which in turn ensures the highest possible efficiency. Finally, a uniform reduction of the anode and an electrochemical water treatment are possible.

The following anodes are offered 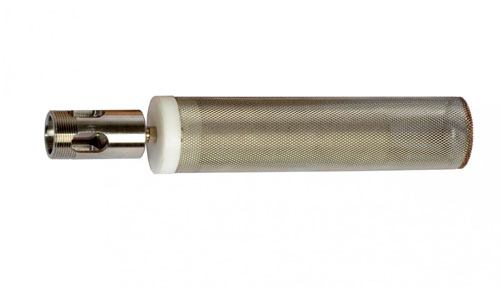 Do you have questions about our products? We are available by email or telephone.
Or get in touch with us.

If conventional sacrificial anodes, which are designed for drinking water storage tanks, are used for the electrochemical treatment of water, foreign substances, which are harmful to the anodes, can enter. But this cannot happen by pure magnesium alloy of Elysator replacement anodes.

The Elysator replacement anode set has been developed for a long and efficient electrochemical treatment of the water. What is the average consumption of the anode, depends on how high the activity of the electrochemical cell is, which is influenced by the cell potential. The lifetime of the anode is further influenced by the electrical conductivity of the water situated in the heating system as well as by the level of dissolved gases. The reactivity of the anodes is quite high, as these consist of a high magnesium alloy. Other anodes, which have a longer lifetime, the rate of oxygen consumption is greatly increased. The anodes and replacement anodes for the type Elysator have a lifetime of two to five years. If a salting of tap water to a low level of <100 s / cm, the service life can be extended in this way..

The lifetime of the anode can be extended through a salting of water to a low level of <100 µS/cm.

The following anodes are offered: